“The main purposes of the Curve DAO token are to incentivize liquidity providers on the Curve Finance platform as well as getting as many users involved as possible in the governance of the protocol. Currently CRV has three main uses: voting, staking and boosting. Those three things will require you to vote lock your CRV and acquire veCRV. CRV can now be staked (locked) to receive trading fees from the Curve protocol. A community-lead proposal introduced a 50% admin fee on all trading fees. Those fees are collected and used to buy 3CRV, the LP token for the TriPool, which are then distributed to veCRV holders.” - @ProHodler

I propose we whitelist, co-invest and incentivize a pool for Curve Dao’s CRV token with Liquidity Mining Rewards. 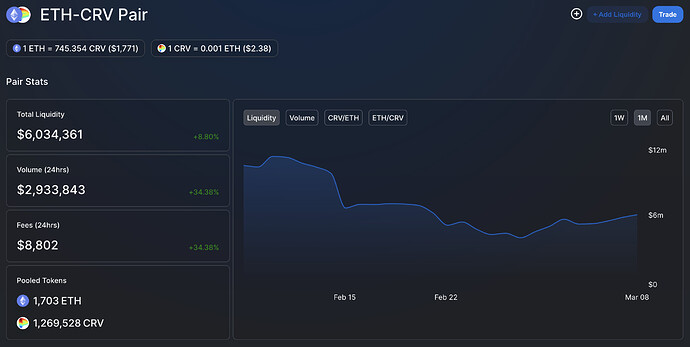 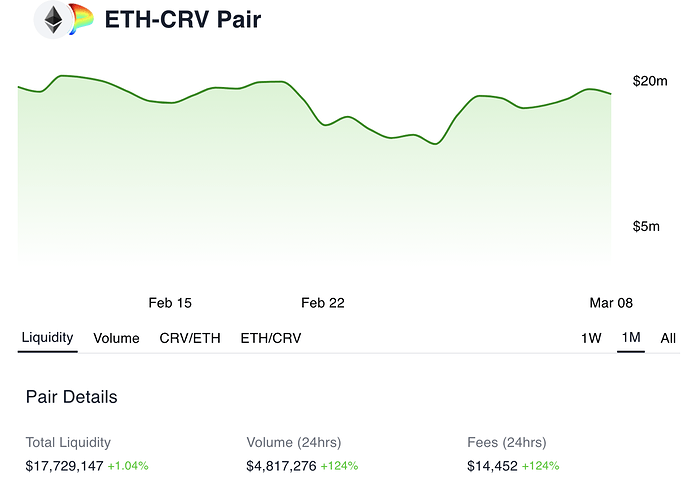 Thank you for that @tenzent.

In favor. Crv would be a fine addition to our growing defi selection.

Also in favor of this proposal given that this project plays an important role in DeFi and has a large community behind it.

it’s looking like a no on the vote damn seemed like a very good option. if people(

) wanna voice their opinions as to why they oppose that’d be appreciated so we can better discuss the pros and cons and maybe look for just an initial whitelisting.

Should focus more on improving trade volume rather than TVL

I agree @atosm . Please comment on my draft proposal

One other thing, I was under the impression that CRV was already whitelisted as part of the original 2.1 launch (See proposed whitelist in Proposing Bancor v2.1: Single-Sided AMM with Elastic BNT Supply) and I think that the vote should be for 1M co-investment and LM rewards which have a lower quorum requirement (20%). Perhaps @mbr can confirm that this is the case?

under the impression that CRV was already whitelisted as part of the original 2.1 launch (See proposed

Correct. If someone seeds the pool, single-sided exposure and IL protection will activate.

Interesting, what amount from the BNT and CRV side is required for this to occur?