Expected to be on Snapshot on June 26th

The Bancor community will benefit by ACRE investment locked into the IL vault, and as a good faith partnership action, an airdrop to all BNT holders.

ACRE contract on Ethereum at Etherscan

The ERC-20 token ACRE has a fixed supply of 1000,000,000. The ACRE token contract had its administration access disabled and as such does not allow any further minting or burning of the token.

Newly released tokens will be distributed as follows: 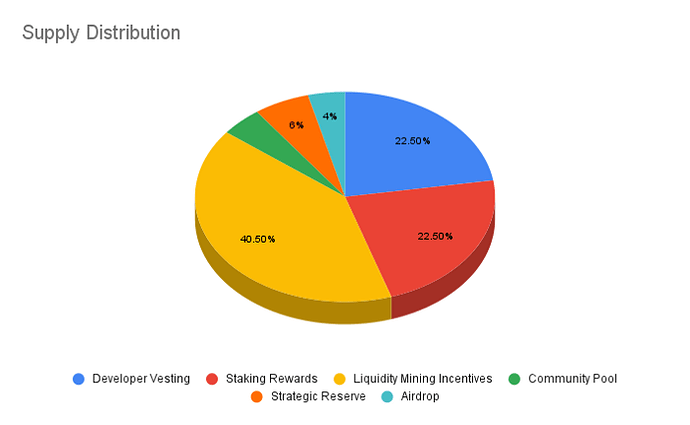 Arable Protocol is launching synthetic farming as part of our MVP launch on Avalanche on the 29th of June. Our goal is to make multi-chain farming simple, economical, and available to all. With a simple yet powerful user interface, both experienced and new farmers can effortlessly stake yield farms from various chains. Arable Protocol is based around a synthetic ecosystem and its liquidity is created through the minting of the stable asset arUSD. Utilizing arUSD, users can swap between a variety of synthetic cryptocurrencies and LP tokens and farm on synthetic yield farms that track the APR of their native chain counterparts.

Avalanche is our first home, but we’ll quickly expand to other networks and join Cosmos with our own blockchain solution.

The ACRE token is currently a governance token for Arable Protocol and can be further utilized as such:

Arable Protocol has vibrant communities on Telegram and Discord and we regularly publish articles on Medium and keep connected with our followers on Twitter.

View a complete list of our resources at our linktr.ee.

SolidityFinance is in the process of auditing our MVP contracts: https://twitter.com/ArableProtocol/status/1532212566897750016

Currently, the following pools are in operation:

Benefits for Bancor and its Stakeholders

The Bancor community will benefit by ACRE investment locked into the IL vault, and as a good-faith partnership action, an airdrop to all BNT holders.

This is a clear yes - I will support.

Then I will always vote yet

Why? woulnd’t that result in less volume for bancor?