Against: do not add arNXM and Armor to the Bancor whitelisted tokens

Armor is a coverage broker for DeFi, that offers “pay as you grow” coverage for smart contract bugs and attacks. All Armor cover is underwritten by Nexus Mutual. 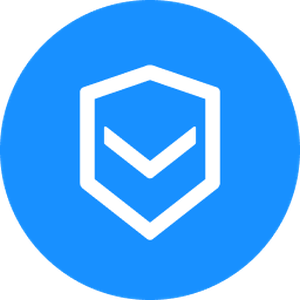 The benefit to the DeFi ecosystem and its users is that Armor cover is:

Armor coverage is enabled by the arNXM yield vault.

The arCore Smart Cover System tracks the user’s funds and allows cover that is based on the exact holdings, while being billed per second with no cancellation period.

The upcoming arShield product offers LP/Staking cover that is paid directly from the LP/Staking rewards, offering secure staking for liquidity providers without any upfront costs.

Both arCore and arShields will utilize coverage underwritten by Nexus Mutual, and thereby, the arNXM yield vault.

arNXM is the yield bearing token for the arNXM vault.

The arNXM Vault accepts the Nexus Mutual wNXM/NXM tokens and puts it to work to produce yield. This is done by unwrapping and staking the wNXM (or NXM) tokens in the Nexus Mutual ecosystem.

Upon deposit of wNXM/NXM, users receive arNXM in return. arNXM can be traded freely, just like wNXM, but it also accrues staking rewards. arNXM produces yield in terms of the underlying token. Holders will arNXM will enjoy:

Armor is the governance token. A total of 1 billion ARMOR tokens are being distributed over two years 1: 65% to community members (including liquidity incentives), 35% to early team members with a 2-year vesting period.

The responsibilities for governance include:

The token distribution model for ARMOR includes special provisions for kick-starting liquidity on decentralized exchanges. This has already been implemented on 4 popular AMMs and we want to add Bancor to that list. It is anticipated that if this vote passes, Bancor would become one of the largest, if not the largest LP for all arNXM and Armor liquidity pools.

Only a month after launching, the various arNXM pools on Uniswap, SushiSwap, 1Inch and Balancer (pooled with ETH, wBTC & Dai) have already attracted about $30m in liquidity.

Uniswap alone has $6.2m liquidity divided over the different Armor and arNXM pools, with a trading volume of over 1m daily. The total trading volume has been around $2-4m daily, generating significant fees for the liquidity providers.

The price of arNXM is dynamically changing with respect to wNXM (which is already whitelisted on Bancor) based on change in assets under management (because of staking rewards, or during hack payouts, and debt payments). This creates opportunities for arbitrage traders due to an imbalance between arNXM/wNXM prices, which will massively increase volume for both tokens and thereby fees.

Armor will offer at least 100K Armor per week in liquidity rewards for the arNXM and Armor pools to start, with 0.51% decrease per week, for a total of over 8m per each pool = 16M Armor over 2 years!

Due to our symbiotic relationship with Nexus Mutual, and the recent success in stimulating growth on the wNXM pool, the addition of arNXM and Armor to the whitelist schedule could position Bancor as the default trading platform for DeFi insurance tokens.

This could be an important niche, and Bancor is uniquely poised to capture it. It is worth noting that the active Armor community - The Armor Knights - are highly motivated to make this vision a reality; many are already BNT holders, and are active participants in our DAO already.

Note: the above has been proposed before recently (proposal #34, 17-20 Feb) and 100% voted in favor. We were unable to reach quorum due to high gas fees. This time, we trust that the Bancor community will help the proposal across the finish line.

The Armor smart contracts have been audited by Haechi, and the reports are available for review via the ArmorFi GitHub page: https://github.com/ArmorFi/Audits

The snapshot vote is up now, please show your support here:
https://vote.bancor.network/#/bancornetwork.eth/proposal/QmcF7vTSuoktXaBKHysuRm1QxgxpWntrk44zC14kcVKfRJ

Thank you for your support @Aknight !

I am in favor of this proposal to whitelist arNXM. Note that arNXM is the interest bearing version of wNXM which we already have whitelisted and are incentivizing (See wNXM Proposal). Besides Nexus Mutual, there aren’t many viable competitors in DeFi insurance and Bancor has the opportunity to corner the insurance market if we bring the different types of Nexus Mutual tokens (arNXM/wNXM for now) to Bancor.

I posted the following in an existing thread which is relevant to this topic:

Disclosure: I am an NXM holder

I am for this proposal, just like I was for the NXM proposal even though some of the other community members have bashed this pool for not having enough volume. The reason for this, is because Nexus Mutual and Armor play an important role for Bancor (and in DeFi) in that it incentivizes those communities to stake against the Bancor smart contract.

Before we whitelisted and worked with Nexus Mutual on the liquidity mining program, the premium that you had to pay for Bancor insurance on Nexus Mutual was over 30%. It is now 2.6% which benefitted our community greatly. The active coverage amount for Bancor right now is roughly 27M which means that members in this community have been purchasing insurance to cover their positions:

Active Coverage for our Competitors

Only uniswap has a larger amount of active coverage than we do at the moment but that’s partly because you can’t buy insurance on Nexus Mutual for Bancor as it is sold out and requires more staking (there is demand from our members). Nexus Mutual members have staked more in the uniswap smart contract than ours:

Amount Staked for our Competitors

Note: The active coverage (they also have more available) amount for uniswap is roughly 2x what has been staked against their smart contract. This is because they have a capacity factor of 4 as compared to Bancor which is currently at 2. Capacity factors were Increased recently for Uniswap and other projects (link1 link2) and there is no reason why they wouldn’t do so for Bancor as well, as long as we keep working with these communities. Full list at the bottom.

Armor is just a reseller for Nexus Mutual (no KYC) and also happens to be the largest staker of smart contracts in the Mutual:

We can incentivize that community (by passing this proposal) to stake in the Bancor smart contract which ultimately benefits us (it will open up coverage for our members). The project is relatively new (launched in late January) and they have been trying to bootstrap liquidity in uniswap,sushiswap,1inch, and balancer but not in Bancor. This is a great strategic opportunity for us to engage with that community and bring them over to Bancor (as opposed to other AMMs).