Proposal: Allow LPs the Option to Exit With Second in Priority Recovery Rights

Allow the current TKN LPs the option to exit their positions with receipt tokens that give them second-in-priority rights for recovery. All TKN LPs who stay will receive first in priority rights for recovery. Any TKN LP who leaves prior to the time that all first-in-priority TKN LPs are made whole will receive these second-in-priority receipt tokens for the value of their remaining deficit. The first-in-priority TKN LPs that stay for the entire duration of time until all first-in-priority LPs are made whole will recover their entire deficit first from the potential solutions being discussed here: Feedback Request: Potential Direction for Recovery - #175 by Mandalore.

The current TKN LPs are stuck between a rock and a hard place. Either take 45%+ haircuts on their LP positions or take the experimental risk that the solutions being proposed will actually work. Bear in mind that these LPs were the ones who deposited because they were sold on 100% IL protection. Many of whom would not have been LP-ing in Bancor had 100% IL protection not been proposed to them.

This option strikes a middle ground where it allows the TKN LPs who are believers in the protocol to have a faster recovery via a first-in-priority right to recovery. It also allows the TKN LPs ,who are being tortured with the decision of taking the haircut now and getting absolutely no recovery or staying and potentially lose even more if the solutions do not work, with some relief that their deficits may potentially be made whole. It additionally allows the second in priority receipt tokens to trade on the market allowing them to recover a percentage based on what the market expects the recovery to be for these holders.

The logistics are simple. Those who exit their positions after the proposal is passed and implemented, but before the first-in-right priority holders are made whole will receive receipt tokens that give them second in priority rights to recovery for their remaining deficits at the time of withdrawal. Second in priority right tokenholders will be entitled to receive recovery only AFTER the current TKN LPs who stay in the protocol receive full recovery.

The priorities are good solution to make sure that not all LP’s leave, so that revenue can still be generated. Some will definitely stay in based on that. Though perhaps payouts could be weighted, first priority gets 85% and second gets only 15% of each months revenue, until first is fully made whole. Otherwise it could be over a year till a single payment is made. Either way, this would be some much needed good optics for Bancor if this proposal passes. It would give many LP’s peace of mind, as well as eliminating lots of bad will and giving the community a lot of hopium.

Excellent proposition. This will lead to a better image and potentially attract new users.

This is DeFi, a place with high risks and high rewards. At any point in time a project can lose 100% of their TVL via a smart contract vulnerability. We are all aware of the risks in this space when we choose to interact with any DAPP. The Bancor risks were detailed as far back as version 2.1 in the economic paper: 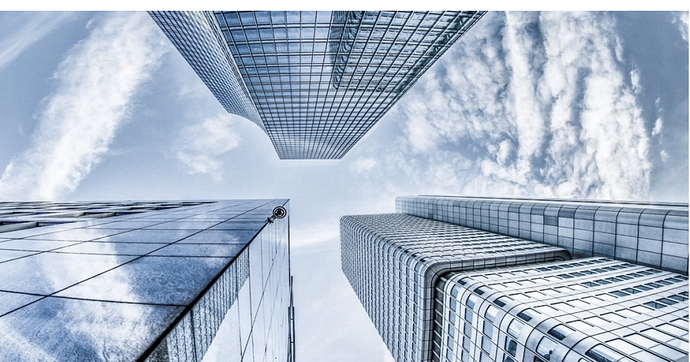 everyone has to do their own DYOR as this is the how we all operate. 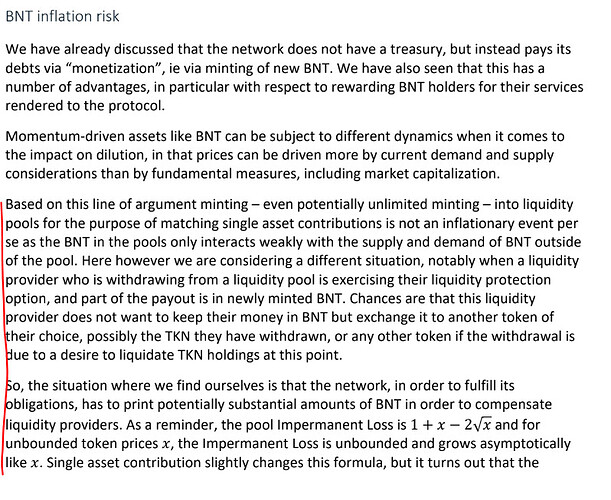 Regarding this proposal, I argue that the current LPs that have stayed behind are aware of the situation and have made a bet on the protocol recovering. Those that have left (or will leave in the future and potentially realize a loss) with a loss have unfortunately given up any rights to being made whole in the future (it’s the choice for leaving the protocol).

With that said, there is nothing that would prevent the Bancor DAO from making these LPs whole in the future if for example

I would much rather wait for when the protocol is healthy to consider such actions. Having any devs divert efforts away from recovery solutions (discussed in Feedback Request: Potential Direction for Recovery) or yield generating features seems counter productive at the moment.

What an awful take. We staked in Bancor because it was marketed as safe and insured against impermanent loss. If that wasn’t true then that’s false marketing. I don’t think you people realize, the only reason anyone ever used Bancor was because of the ILP feature. Without it there is no advantage to using Bancor over anything else. And now you are at a disadvantage because of horrible reputation for how the DAO has treated LP’s. Why would anyone stake with you again? You reason for existence no longer exits when ILP is turned off. And if you don’t make your LP’s whole. You will never get LP’s again. So Bancor will never recover. And you ignore the fact that you are still facing a death spiral of LP’s when Link staking happens later this year. We are all gonna pull out for that.

And no one is staying because we “made a bet” on it recovering. We just hope it recovers and we want out money back. We are staying rather to avoid having to take a haircut. But it’s looking more and more like we are just gonna have to take it, because the DAO ignores all good advice and wants to pretend it’s living in a fantasy land where it can use these tiny fee generating mechanics to fill in a multi million dollar deficit, all the while the market recovers, ballooning the deficit and use in Bancor constantly shrinks because of it’s low reputation. Less use = less fee’s generated. You aren’t looking for enough ahead. The DAO is being short sighted. Bancor will literally not survive without LP’s.

Absolutely agree with this proposal.